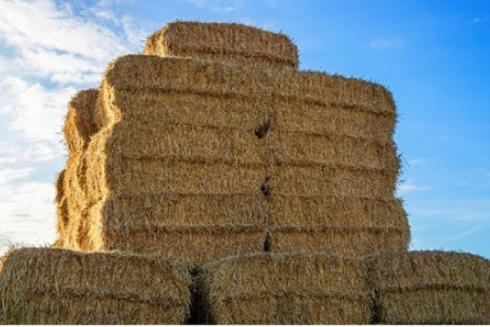 Prism Ag was approached by the client in early 2020 following several prior approval applications which the LPA made the applicant withdraw three times, various spurious reasons were cited, and some were due to a lack of evidence base for such a large agricultural building on agricultural land, it was however part of an established agricultural unit of some 400 acres in the Hertfordshire borough.

Prism Ag prepared an Agricultural Statement for Planning and dealt with the Planning matters, LPA liaison and design plans for the building to meet the clients agricultural requirements for their arable farming unit.
The initial 28-day notice application ran for 28 days, the case officer called to say Dacorum BC would approve the prior approval application, then a refused decision notice was sent, bemused by this, Prism Ag contacted the LPA who cited that they had dug through 47 years of historic planning documents in their archive to find an Article 4 Direction that was placed on the clients land, therefore preventing the Prior Approval application from being granted approval. The applicants landholding was formerly part of an equestrian stud, despite that use having ceased quite some time before, the LPA had not updated their records. 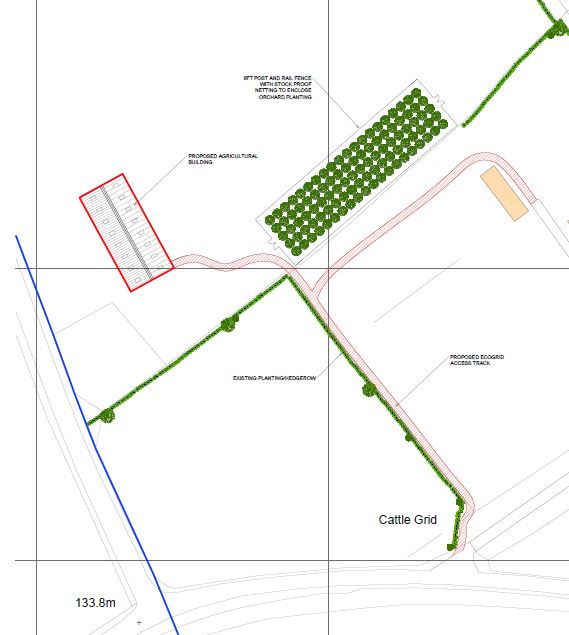 Prism Ag noted that this spurious Article 4 was neither available to the public, therefore could not be checked in advance and there was no record of it listed on the LPA website, nor was it mentioned in any preceding full planning applications or officer reports at the site over the last 30 years, so how did it come about on the day a prior approval decision was due just to refuse the application, a further delay for the applicant.

Prism Ag instructed Fred Quartermain, Planning Solicitor at Thrings LLP on behalf of the applicant to challenge the retained Article 4 Direction from 47 years previous, which evidently prevented agricultural activities from taking place on agricultural land. The LPA has a responsibility to regularly review Article 4 Directions and remove them when they are no longer warranted, in this rare case, the LPA could not produce a copy of the direction signed by the Secretary of State at that time, nor could they find or produce any evidence as to why the Article 4 was placed on the land in the first place! Despite two previous reviews in 2004 and 2009 and coupled with a lack of evidence as to why it was placed, the LPA decided it was best to keep retaining it, even though the LPA name had also changed twice during the 47-year time from 1974. Thrings LLP are dealing with the LPA on the Article 4 matter whilst Prism Ag dealt with ongoing planning matters. The LPA have agreed to conduct a formal review process of the Article 4 Direction which came about following a Barristers Opinion on the matter for a judicial review in the High Court.

Prism Ag was determined to find a resolve for the applicant and resubmitted the application under full planning, this also meant that we had to include the access tracks, means of enclosure for keeping wild deer out of a proposed new orchard and access gates at the site. The Local Parish Council who could not sway the LPA opinion under an Agricultural Prior Approval application, then objected to the Full Planning Application which went against the Case Officers support for the application, the application landed in Planning Committee in late April 2021, the Parish Council managed to ‘let themselves in the back door’ for the Committee Meeting without registering to speak first, which prevented Prism Ag from acting for the client to speak on their behalf. Fortunately, Prism Ag was able to successfully email the Case Officer mid meeting to debunk Parish Council claims and the application went to vote, 7 in favour of an approval, 2 abstain, 4 refuses.

The application was approved after Prism Ag agreed to a Landscaping Condition and additional tree planting mid Planning Committee meeting as the site is located within the Chiltern Hills AONB.

Have you had an application refused due to complex planning matters, you may have been unable to resolve in connection with agricultural buildings refused based on a lack of information or Article 4 Directions on the land? Get in touch with Prism Agriculture Ltd on 0800 135 7450 or 'Make an Enquiry' on our contact page

‘Prism Ag’ is a trading name of Prism Agriculture Ltd

Prism Ag are delighted to announce that today Wakefield Council…